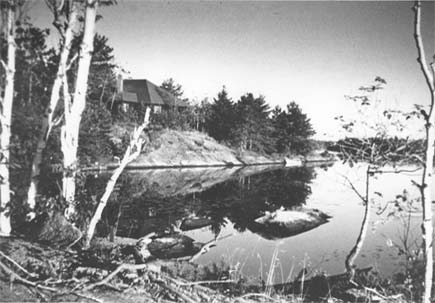 I’d been living in the UK for more than 20 years when the idea for my first novel, Crow Lake, came to me, but the inspiration for it was Canadian. It was a tale my mother used to tell about my great grandmother, who spent her life on a subsistence farm in eastern Canada and was so desperate for time to read that she fastened a book rest to her spinning wheel so that she could read while she was spinning. I’ve inherited a photo of her and she looks like a force to be reckoned with – small, straight and verging on grim: there would have been no discipline problems in that family! She was determined that her four children would get an education and escape the poverty of farming and she was successful in that aim; they all toed the line, worked hard and went on to better things.

So hers was what you might call an inspirational success story. But from a writer’s point of view, inspirational success stories don’t necessarily make good fiction. It seemed to me that it might be more interesting if I created a family with the same dreams and values as my own and had them make great sacrifices, through several generations, until finally one child, one brilliant boy, got his chance to go to university and fulfil the family dream. And he blew it. I thought the fallout from that might make a good story. I set it in Canada, not just out of gratitude to Great Grandmother for the plot idea but because I thought it belonged there. Immigrant communities traditionally place great value on education and Canada is a country of immigrants.

Northern Ontario, with its lakes and rocks and forests, is the landscape I think of when I think of home and I placed the story there out of nostalgia. Writing about it meant revisiting it, both literally, in order to update my memories, and in my mind as I was telling the story. It was so much fun that I have set my subsequent novels there too.