MY  GREAT-GRANDMOTHER Morrison fixed a book rest to her spinning wheel so that she could read while she was spinning, or so the story goes. And one Saturday evening she became so absorbed in her book that when she looked up, she found that it was half past midnight and she had spun for half an hour on the Sabbath day. Back then, that counted as a major sin.

I’m not recounting that little bit of family lore just for the sake of it. I’ve come to the conclusion recently that Great Grandmother and her book-rest have a lot to answer for. She’d been dead for decades by the time the events occurred that devastated our family and put an end to our dreams, but that doesn’t mean she had no influence over the final outcome. What took place between Matt and me can’t be explained without reference to Great Grandmother. It’s only fair that some of the blame should be laid at her door.

There was a picture of her in my parents’ room while I was growing up. I used to stand in front of it, as a very small chid, daring myself to meet her eye. She was small, tight-lipped and straight, dressed in black with a white lace collar (scrubbed ruthlessly, no doubt, every single evening and ironed before dawn each day). She looked severe, disapproving, and entirely without humour. And well she might: she had fourteen children in thirteen years and five hundred acres of barren farmland on the Gaspe Peninsula. How she found time to spin, let alone read, I’ll never know.

Of the four of us, Luke, Matt, Bo and I, Matt was the only one who resembled her at all. He was far from grim but he had the same straight mouth and steady grey eyes. If I fidgeted in church and got a sharp glance from my mother I would peer sideways up at Matt to see if he had noticed. And he always had, and looked severe, and then at the last possible moment, just as I was beginning to despair, he would wink.

Matt was ten years older than I, tall and serious and clever. His great passion was the ponds, a mile or two away across the railroad tracks. They were old gravel pits, abandoned years ago after the road was built, and filled by nature with all manner of marvellous wriggling creatures. When Matt first started taking me back to the ponds I was so small he had to carry me on his shoulders – through the woods with their luxuriant growth of poison ivy, along the tracks, past the dusty box-cars lined up to receive their loads of sugar beets, down the steep sandy path to the ponds themselves. There we would lie on our bellies while the sun beat down on our backs, gazing into the dark water, waiting to see what we would see.

There is no image of my childhood that I carry with me more clearly than that: a boy of perhaps fifteen or sixteen, fair haired and lanky; beside him a little girl, fairer still, her hair drawn back in braids, her thin legs burning brown in the sun. They are both lying perfectly still, chins resting on the backs of their hands. He is showing her things. Or rather, things are drifting out from under rocks and shadows and showing themselves, and he is telling her about them.

‘Just move your finger, Kate. Waggle it in the water. He’ll come over. He can’t resist…’

Cautiously the little girl waggles her finger; cautiously a small snapping turtle slides over to investigate.

‘See? They’re very curious when they’re young. When he gets older though, he’ll be suspicious and bad-tempered.’

The old snapper they had trapped out on land once had looked sleepy rather than suspicious. He’d had a wrinkled, rubbery head and she had wanted to pat it. Matt held out a branch as thick as his thumb and the snapper chopped it in two.

‘Their shells are small for the size of their bodies – smaller than most turtles – so a lot of their skin is exposed. It makes them nervous.’

The little girl nods and the ends of her braids bob up and down in the water, making tiny ripples which tremble out across the surface of the pond. She is completely absorbed.

Hundreds of hours, we must have spent that way over the years. I came to know the tadpoles of the leopard frogs, the fat grey tadpoles of the bullfrogs, the tiny black wriggling ones of toads. I knew the turtles and the catfish, the waterstriders and the newts, the whirlygigs spinning hysterically over the surface of the water. Hundreds of hours, while the seasons changed and the pond life died and renewed itself many times, and I grew too big to ride on Matt’s shoulders and instead picked my way through the woods behind him. I was unaware of these changes of course – they happened so gradually, and children have very little concept of time. Tomorrow is for ever, and years pass in no time at all. 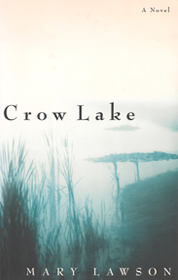 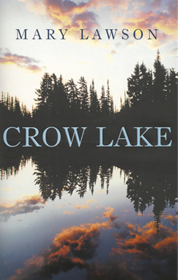 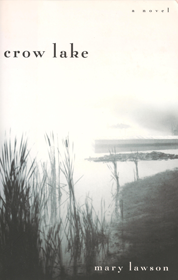